Health disparities are differences that exist among specific population groups in the attainment of full health potential that be measured by differences in incidence, prevalence, mortality, burden of disease and other adverse health conditions. According to World Health Statistics 2020: Monitoring Health of the SDGs reports, the income level of a country has direct correlation with life expectancy. The life expectancy of low-income countries is 18.1 years lower than high-income countries. 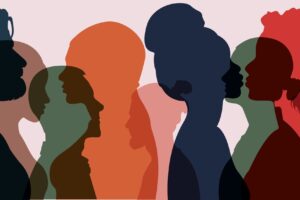 In addition, health disparity is more than just race or ethnicity, it also applies to sex, sexual identity, age, disability, socioeconomic status and geographic locations as well. Globally, people over the age of 60 have made up 94% of COVID-19 death in the European Union. People with disadvantaged backgrounds in Latin America and the Caribbean are 43% more likely to have a disability. Two-third of children under the age of 5 who suffer from stunted growth are from Africa and Southeast Asian. Girls aged 15-19 in sub-Saharan Africa contact HIV at a rate 3 x higher than boys the same age. African American babies are more than 2 x as likely to die as babies of other races and ethnicities.

In the US, there has been a substantial increase in African American, Hispanic and Asian populations, while the non-Hispanic population has faced a progressive decline over the recent years. On a state level, 30 states lost white population over the 2016-2020 period, with greatest loses in CA, NY, IL, PA and NJ. However, the social and health disparities apply more than just race and/or ethnicity, but also geography as well. For example, in the city of Chicago, those living downtown has a median income of over $103k and an average life expectancy of 83 years. At the same time, residents living in the nearby Washington Park neighborhood, the median income is just over $25k, with average life expectancy of 69 years. This gap in life expectancy, is larger than the one between the US and Honduras.

At IPHS, we will use a multi-level approach and equity focused framework to collaborate with diverse partners to ignite reciprocal and sustainable community partnership, get the foundation for community relevant infrastructure to advance the needs, partner with health care systems and academic institution to address structural racism and discrimination, and inform practice and policy makers through rigorous and systematic data syntheses toward improved health equity.