When on reads or hears the word “violence”, a common image is one of interpersonal violence. This is, some type of physical or verbal altercation between two people or between one person and a small group. However, violence also occurs intergroup, intertribal, interclan, or intercountry violence is another type of violence and is exemplified by acts of war, aggression, invasions, incursion, ground offensive and hostilities. One out of every three women worldwide will be physically, sexually or otherwise abused during her lifetime – rates reaching 70%. In some countries. This type of violence can take on many forms, from rape to domestic violence, child marriage, to so-called “honor killings”, and human trafficking. 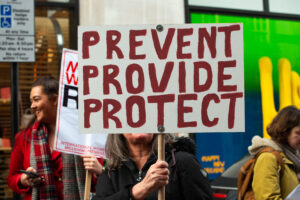 In the US, it is estimated that over 15.5 million children are exposed to adult IPV at home and young children making up most of the exposed youth among families who seek police involvement for IPV. Prior data suggest that 3.9 million child maltreatment referrals reports received in 2020. Child abuse reports involved 7.1 million children and 90.6% of the victims are maltreated by one or both parents. Alarmingly, 46.4% of children who die from child abuse are under one year. Among older adults, elder abuse, neglect and exploitation are experienced by 10-25% of the population, and prevalence is especially higher among those with dementia and disability. Prior research suggests that caregiver for those with dementia self-disclosed that 50% have committed elder abuse.

Victims of violence often experiences shared consequences, in terms of morbidity and mortality. The financial cost of child abuse and neglect in the US is estimated at $585 billion. The cost of IPV, physical assault, and stalking exceeds $5.8 billion each year, nearly $4.1 billion of which is for direct medical and mental health care services. With respect to elder abuse, while likely under-reported, estimates of elder financial abuse cost to older Americans range from $2.6 billion to $36.5 billion annually.

At IPHS, we aim to use a multi-modal framework to understand fundamental interconnectedness among different forms of violence, while considering the cycle of violence as well as contagion of violence across life span. We will also leverage a family and intergenerational approach to elucidate the etiological reasons from a culturally sensitive lens in order to inform the formation of targeted intervention and prevention strategies. Moreover, we will work with community organizations, practice organizations, health care systems and policy makers to raise awareness to the global issues of violence.